For years, Stuart and Nancy dreamed of owning a restaurant on the water. Discovering an old building on the Indian River Lagoon in Malabar, they quickly purchased and remodeled it in 1997. Their dream became a reality when they opened Yellow Dog Café on February 13, 1998. Over the years, the Bortons have added a riverfront covered porch and a dock on the beach with a landscaped area for weddings and special occasions. Guests are welcome to stroll along the river and walk the pier before and after dinner. The porch is also the perfect place to enjoy an afternoon cocktail, appetizer or simply coffee and dessert. 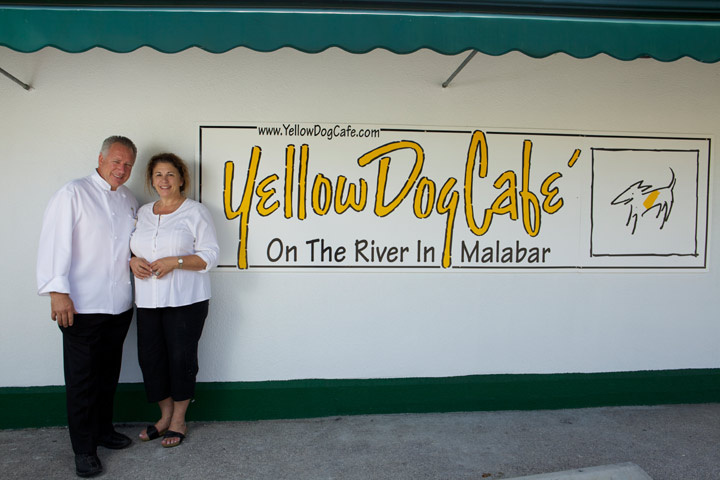 Stuart is originally from Michigan and credits his mom Jean for his culinary beginnings. After a stint in the Army when he was stationed in Germany, he traveled to Japan and Australia where he settled in Adelaide to work in the insurance industry. Soon he purchased his first restaurant in the city’s old Parliament building. As luck would have it, the government legalized gambling in southern Australia, and the train station across the street from Stuart’s restaurant became a casino. Crowds waiting to get into the casino found Stuart’s establishment and turned it into a roaring success. Later, Stuart opened another restaurant in Adelaide called Oxfords Cafe, which became a popular hangout specializing in desserts for the after-theater crowd. While vacationing back in the United States, Stuart met Nancy in Orlando, Florida. After a whirlwind romance, Stuart moved back to America, married Nancy and opened a restaurant in St. Louis, Michigan, at the Michigan Livestock Exchange. They named it The Steer Inn, specializing in steaks. The cold weather, however, left the couple missing Florida. In short order, they moved to the Micco area where they opened two restaurants, Stuart’s Bistro and The Pizza Store.

Nancy was named after her mother Nancy who owned and operated Tinio’s Pizzeria in Mendon, Massachusetts. Nancy was inspired and motivated by her mother’s passion for the hospitality industry. Nancy’s mom came from Italy as a young girl and met her future husband Salvatore Tinio in Massachusetts shortly after she arrived. The Tinio family says that young Nancy was born under a restaurant table, learning to cook and conduct a successful culinary business at her mother’s feet.

At age 12, Nancy got her first job working at Lake Nipmuc where she served assorted treats to the beach crowd. Soon after, she worked at a grocery store kiosk which she was managing by the age of 13. Discovering early on that she had a talent and passion for the food industry, she enrolled in the Worcester Fanning Trade School where she graduated with a degree in restaurant business administration. She won several competitions for cake decorating and was class president in her senior year. Shortly after graduation, she was hired by the Abody family to manage The El Morocco Restaurant in Worcester, Massachusetts. Working for a large family operation quickly taught Nancy diplomacy and poise under pressure. She is the most intuitive and perceptive person I know.

Anyone who knows Nancy can’t help but be inspired by her attention to detail, from how the food tastes, looks and is presented. And it doesn’t stop there; she takes responsibility for the eclectic decor of the restaurant and is highly skilled at staff management, which is so important in the restaurant business. 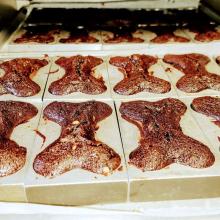 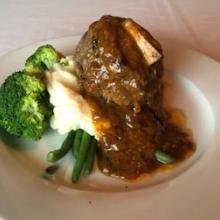 On Friday, May 22nd we had a memorable night of dining at your fine restaurant.  Our waiter, Danny, greeted us cordially and proceeded to tell us…